I am a big believer in Whole Foods (The items, not meaning the store) and along with that comes the intake of certian foods that are doted as "Super Foods" or foods that you should try to incorporate into your diet on a routine basis.    Once you get into it, you won't really have to try because you will crave these healthy items.  Yesterday I was craving a Sweet Potatoe (Or some say yam) because I saw Bethenny Frankel eating one and I remembered that I hadn't had one in a while. 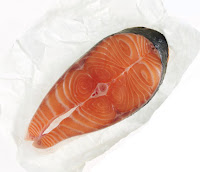 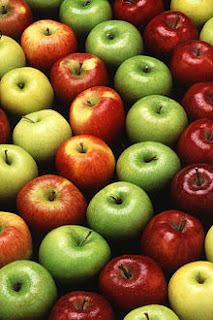 Apples
People who ate and apple 15 minutes before lunching on cheese tortellini consumed 187 fewer calories in total then those whom did not snack on anything before hand.   A study from in determines.  How about them apples?

Quinoa
A complete protein, it has all the essential amino acids needed to build metabolism revving muscles.
The proof: Reduced calorie dieters eating about 115 g of protein daily lost 22 percent more fat after 4 months than those who ate 70g per day.

Lentils
These are legumes and are rich in resistant starch a carb that may encourage fat burning and shrink fat cells.
The proof: when participants enjoyed a meal with 5g RS (2/4 cup cooked lentils) they burned 23% more fat over 24 hours that when they had a meal without the starch, according to researchers at the . 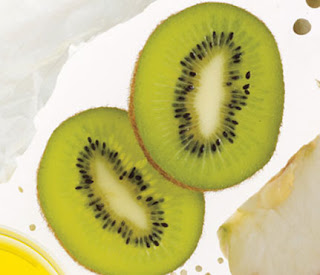 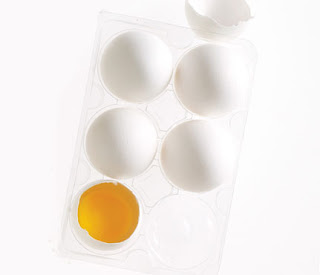 A study reported in The Journal of the American Medical Association (2003) showed that a diet of soy fiber, protein from oats and barley, almonds, and margarine from plant sterols lowered cholesterol as much as statins, the most widely prescribed cholesterol medicine. "Look for tofu, soy milk, or edamame -- not soy powder," says Somer. In other words, soy sauce won't do the trick. One caveat: If you have a family history of breast cancer it is not recommended that you eat extra soy. 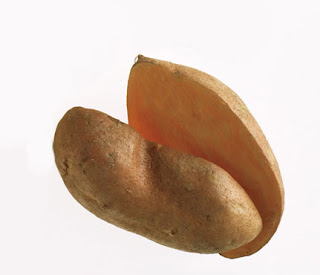 Blueberries
Packed with antioxidants and phytoflavinoids, these berries are also high in potassium and vitamin C, making them the top choice of doctors and nutritionists. Not only can they lower your risk of heart disease and cancer, they are also anti-inflammatory.
"Inflammation is a key driver of all chronic diseases, so blueberries have a host of benefits," says Ann Kulze, MD, of Charleston, S.C., author of Dr. Ann's 10-Step Diet, A Simple Plan for Permanent Weight Loss &amp; Lifelong Vitality. When selecting berries, note that the darker they are, the more anti-oxidants they have. "I tell everyone to have a serving (about 1/2 cup) every day," Dr. Kulze says. "Frozen are just as good as fresh." Be sure to include lots of other fruits and vegetables in your diet as well. Remember too that, in general, the more color they have, the more antioxidants.

Additional thoughts:
Fiber -- Superfood Aids Weight Loss and Checks Cholesterol
A diet high in fiber will help you maintain healthy cholesterol and blood sugar levels. As a bonus, because fiber helps you feel full longer, it's a great tool in weight management. Whole grains, beans, fruit, and vegetables are all good sources. Try throwing some beans in your salad. Fresh, frozen, or dried are the best. You can use canned, but they tend to be higher in sodium.  Ann Kulze, MD, of

And Finally, the Yummiest Superfood Yet ... Dark Chocolate
New research has shown that dark chocolate is packed with antioxidants and can lower blood pressure. Most recommend that you look for chocolate with 60% or higher cocoa content; the darker, the better. In addition, the darker it is, the lower the fat and sugar content. Now that's our kind of health food!  Ann Kulze, MD, of

Have a great week, have some superfoods and Eat Well and Play Well~

Research from Self Magazine and WebMd
Posted by Unknown at 12:57 PM